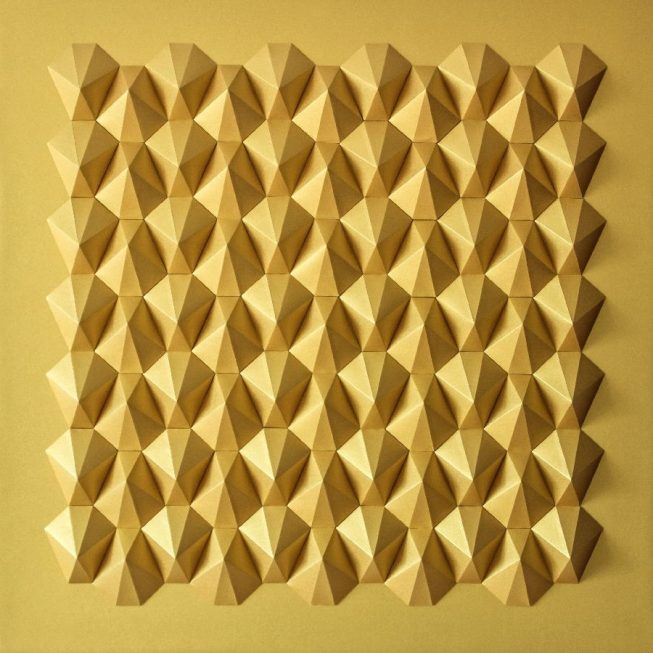 This is a 77 modified hexagonal pieces wall art I´ve planned for a very long time. The pattern is inspired by a motif I found in the Doris Schattschneider´s book M.C. ESCHER: Visions of Symmetry. According to the source, Escher copied the motif into his notebook in 1937 from a scientific paper by German crystallographer F. Haag from 1923. I´m not sure, if he ever actually used it, though.

We use cookies to ensure that we give you the best experience on our website. If you continue to use this site we will assume that you are happy with it.Ok