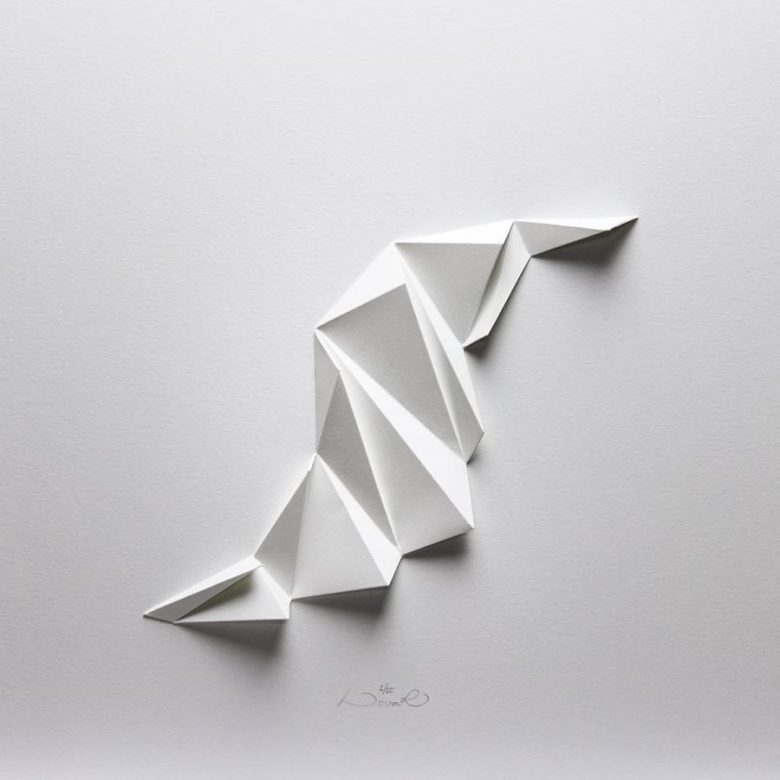 The final piece uses two S-shaped curves as well as a rhythmical variation of wider and thinner faces. The crystals morph from irregular pyramidal to tetrahedral shapes. Closed in purposeful.