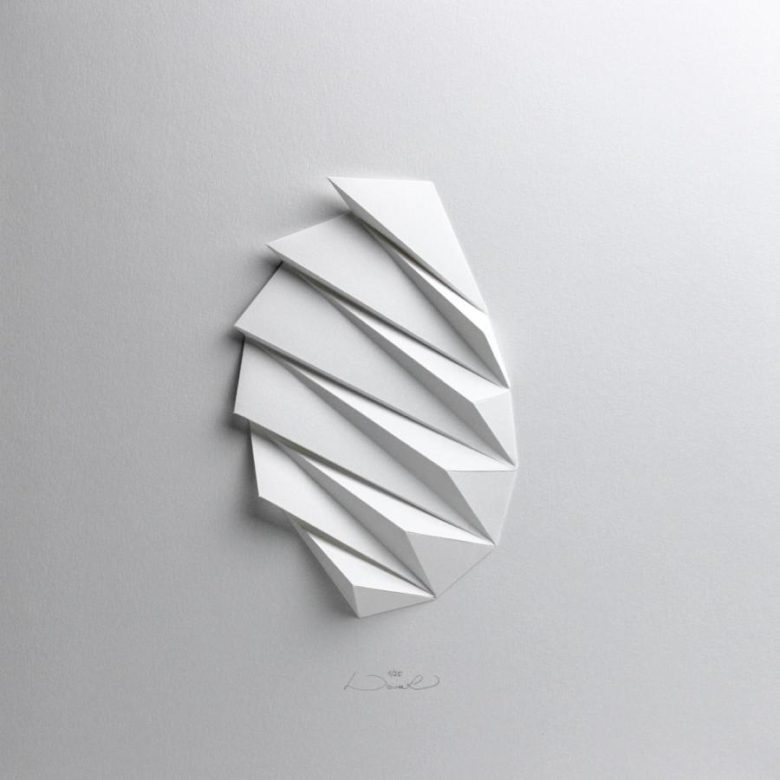 This closed-shaped pleat is firmly attached. Enclosed in its expressive spiky shell resides something vulnerable and shy.